Suicide- The thing most likely to kill me is me

Suicide is the biggest killer of young people – male and female – aged under 35 in the UK. However, suicidal feelings do not have to end in suicide and there is help out there.

Here we give some important advice, together with a testimonial from Paramedic Matty Campbell below (pictured above).

“My name is Matty Campbell and I am a Paramedic.

I am currently based at the HART (Hazardous Area Response Team) in Eastleigh and I fundraised for Campaign Against Living Miserably (CALM).

The leading cause of death for men under the age of 45 in the UK isn’t drugs, knife crime, gun crime, or traffic accidents, it is suicide.

CALM is an award-winning charity dedicated to preventing male suicide, the single biggest killer of men aged under 45 in the UK.

CALM offers support to men via an anonymous helpline open 5pm – midnight, 365 days a year on 0800 58 58 58, along with an online webchat and are able to direct you to a nearby help centre.

As a member of the ambulance service, we all know of someone, or have been ourselves directly affected by suicide, whether it has occurred at work or in our personal lives.  I am fundraising because as a male under 45 in the UK, the thing most likely to kill me is me.

Over 5 months from May 7th to October 7th I completed 9 Challenges which you can read more about via: https://www.justgiving.com/fundraising/mattys-calm-challenge.

It is down to all of us to remove the stigma associated with talking about mental health and suicide, and breakdown the cultural barriers that prevent men from seeking help.”

Have you recently tried to take your own life? Are you reading this? Ring 999

Parents/carers – Worried about your child’s behaviour? The Young Minds, Papyrus and the Royal College of Psychiatrists websites have some very useful advice.
Teachers – You can use the following sections as part of your class discussions on mental health.

Myths and facts about suicide

Source: The Samaritans, http://www.samaritans.org/how-we-can-help-you/myths-about-suicide May 2014 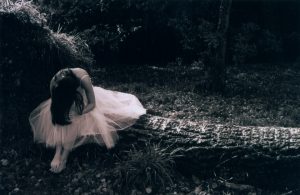 Myth 1 – You have to be mentally ill to even think about suicide.

⇒ FACT: From time to time, many people have thoughts about ending their life. It may be a fleeting “it would be so much easier if I wasn’t here” which comes into their head, then disappears or a thought that is with them on a regular basis. Not all people who die by suicide have a diagnosed mental health condition, although some do and their condition is often serious.

Myth 2 – People who talk about suicide aren’t serious and won’t go through with it. It is just a ‘cry for help’.

⇒ FACT: People who chose to end their life have often told someone, possibly a relative or a close friend that they do not want to carry on living. They may have posted about how they feel on social media sites. It is a common misconception that if someone says “I just want to die”, they are attention seeking. Consider for a moment what they are saying and if you hear that phrase, it’s vitally important to listen seriously to anyone who is talking about suicide.

Myth 3 – Talking about suicide is a bad idea, as it might give someone the idea to try it.

⇒ Fact: Sadly suicide is still considered as a taboo by society. So people feel they can’t talk to their family or friends about how they are feeling and don’t want to upset them or consider themselves to be a burden, so they don’t share how they are feeling.

Myth 4 – People who are suicidal want to die.

⇒ Fact: The majority of people who feel suicidal do not actually want to die, and the way they are feeling may be short-lived. They may have reached a crisis point, for example someone who is bereaved may feel like this on the anniversary of their loved one’s death. In the early stages of a relationship break up or the diagnosis of a terminal condition, they do not want the life they have. The distinction may seem small, but it is in fact very important. Talking about other options is a key factor in helping.

Myth 5 – Men should display a “stiff upper lip” and just get on with it.

⇒ Fact: Suicide is the most common cause of death for men under the age of 35.  Many males have been brought up to believe that it’s not manly or is a sign of weakness to display emotion or ask for help. 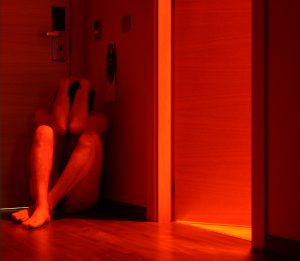 Sometimes there may be obvious signs that someone is at risk of attempting suicide. However, this is often not the case.

A person may also be at risk of attempting suicide if they:

complain of feelings of hopelessness;

have episodes of sudden rage and anger;

act recklessly and engage in risky activities with an apparent lack of concern about the consequences;

talk about feeling trapped, such as saying they can’t see any way out of their current situation;

self-harm – including misusing drugs or alcohol, or using more than they usually do;

noticeably gain or lose weight due to a change in their appetite;

become increasingly withdrawn from friends, family and society in general;

are unable to sleep or they sleep all the time;

have sudden mood swings – a sudden lift in mood after a period of depression could indicate they have made the decision to attempt suicide;

talk and act in a way that suggests their life has no sense of purpose;

lose interest in most things, including their appearance;

If you notice any of these warning signs in a friend, relative or loved one, encourage them to talk about how they are feeling. Read more about helping someone with suicidal feelings.

Why do I have suicidal thoughts and how can I get help?

The reasons why people think about suicide are individual to them, and there might not even be a specific reason. However some experiences can make someone feel particularly vulnerable to thoughts of suicide. Whatever the reason, what is most important is how you feel about the event, not how other people might see it.

You may be feeling suicidal because you feel trapped and overwhelmed by things happening in your life. When we feel like this, suicide can start to feel like the only escape. There are lots of reasons why people can feel trapped – for example, it may be because you don’t feel able to talk to anyone about how you are struggling, or you might feel hopeless about getting help. When you feel trapped and overwhelmed by the difficulties in your life, it can be harder to cope if you are struggling with mental health issues such as depression, anxiety or an eating disorder.

Struggling with your mental health can also make it more difficult for you to cope with everyday things too, which can leave you feeling even more trapped or hopeless. We want to reassure you that help is available and that with the right help and support you can start to feel more hopeful and in control of your life. For more information about how to get help you can speak to one of the Suicide Prevention Advisors here at HOPELineUK.