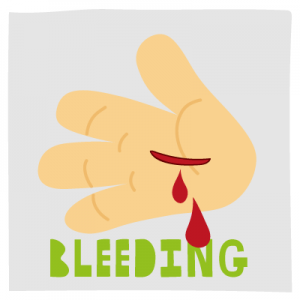 Some cuts and grazes can be minor and can be treated easily by simply cleaning the wound and applying a plaster or dressing.